Sakon Nakhon is Known as the Ancient City of Thailand

by theadmin
Built in the 11th century, the ancient city of Thailand leads a sacred Buddhist society notable for their traditions, various forest temple meditation retreats, royal sites and golden stupas.  How To Get There Fly to Bangkok and transit at Don Mueang International Airport as AirAsia has daily direct flight to Sakon Nakhon Airport. Otherwise, budget... Read More

Fly to Bangkok and transit at Don Mueang International Airport as AirAsia has daily direct flight to Sakon Nakhon Airport. Otherwise, budget travellers can go there by bus from Bangkok’s Northern Bus Terminal or take a train to neighbouring town at Udon Thani and continue the journey via bus. 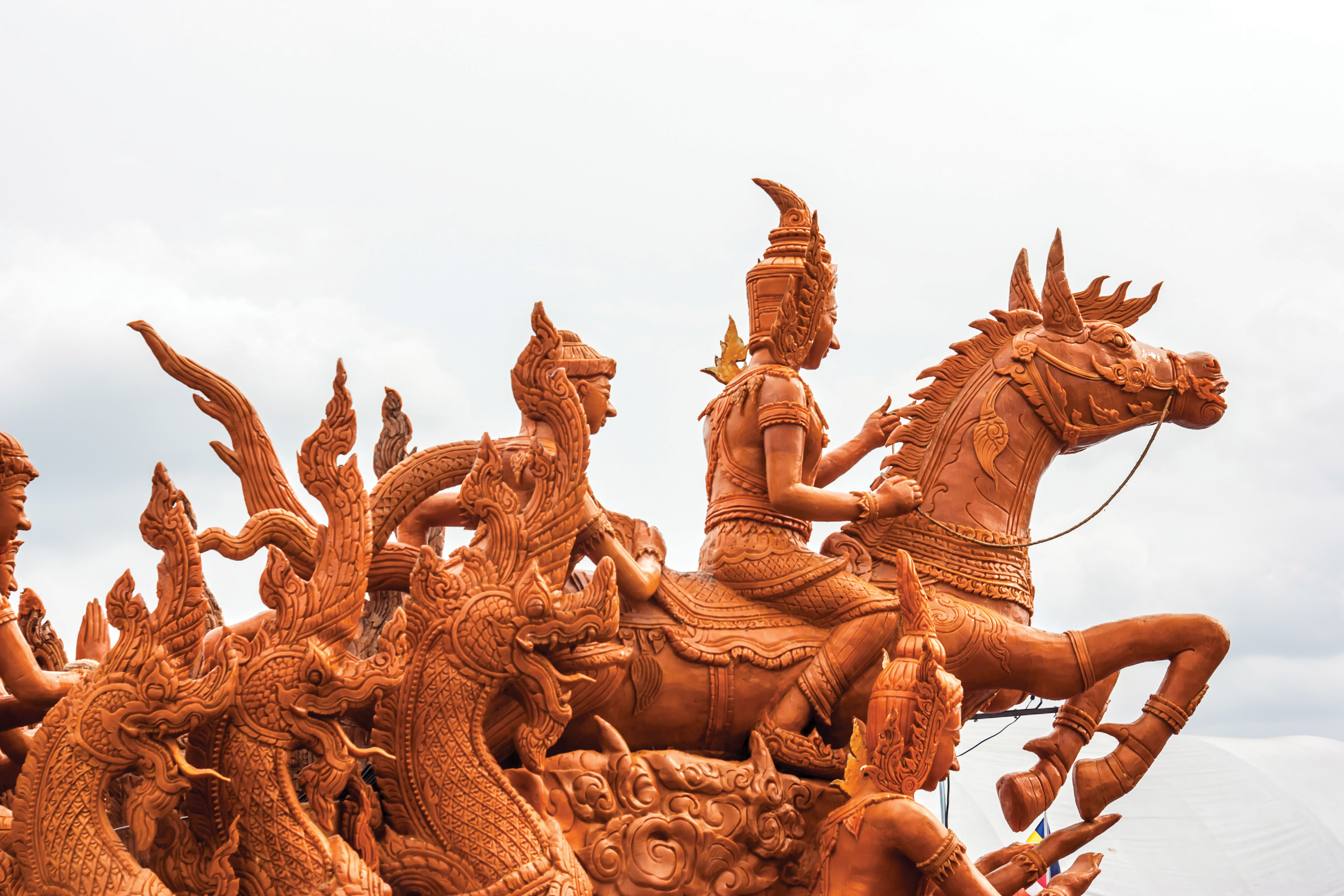 Embrace the calm and sacred surroundings at Wat Phra That Cherng Chum, a local temple at the city that features the footprints of four Buddhas. For a cultural experience, visit Sakon Nakhon Cultural Centre or go for a tour at Ban Non Rua village famously known for their perfect art of indigo-dyed fabrics made from kram plants.

Get an exclusive view of pottery making, wood carving, weaving, metal casting and more at Ban Kut Na Kham Arts and Crafts Centre. This art center is an initiative from Her Majesty the Queen of Thailand to train and nurture the craftsmanship of its people.

Take a boat ride at Thailand’s second-largest lake, Nong Han, to reach its offshore isle of Don Sawan. Phu Phan National Park is another great place of interest for outdoor explorers. Be enveloped with limestone mountains and savannahs while you spend the day at waterfalls, flower plain and camping with wildlife.

The city has many budget-friendly accomodations around town. @Sakon Hotel has a comfortable and stylish vibe for couples and family travellers to wind down at. It is also walking distance to Wat Phra That Choeng Chum. 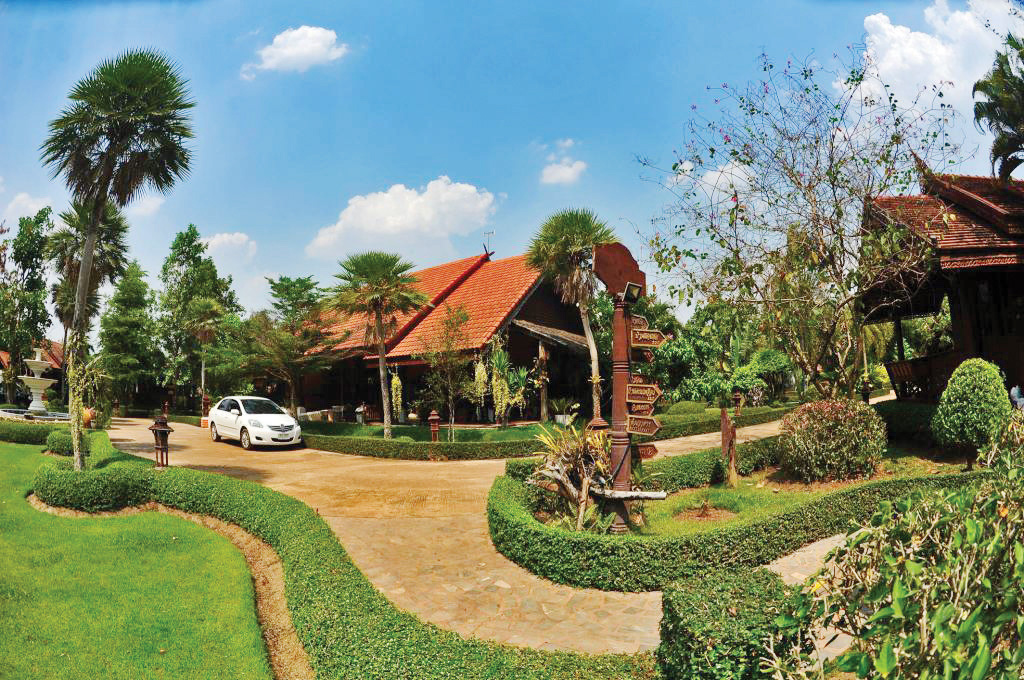 Seekers of local and traditional touch to their stay may consider Chuan Thanapanya Resort made of wooden and brick houses. It may be out of town but guests may enjoy additional perks at the resort’s hot tubs, gardens, karaoke and hot spring bath.

Sakon Nakhon main products are rice and fishes so do expect these in most of its local Thai dishes. If you dare, try their local delicacy of deep-fried insects, bird meat and snakes at their markets. International fares and French cuisine can also be found in Ban Fa Prong Coffee & Bakery and Buckstawk Coffee House.

• Sakon Nakhon Wax Castle Festival is an art and cultural festival celebrated in October every year where beautiful wax castles are paraded along the streets.
• Handwoven fabric with a natural bark dye made with traditional Khit weaving would be good handicraft souvenir.
• The monument in Wat Phra That Cherng Chum temple is the face of Thailand’s tensatang coin.