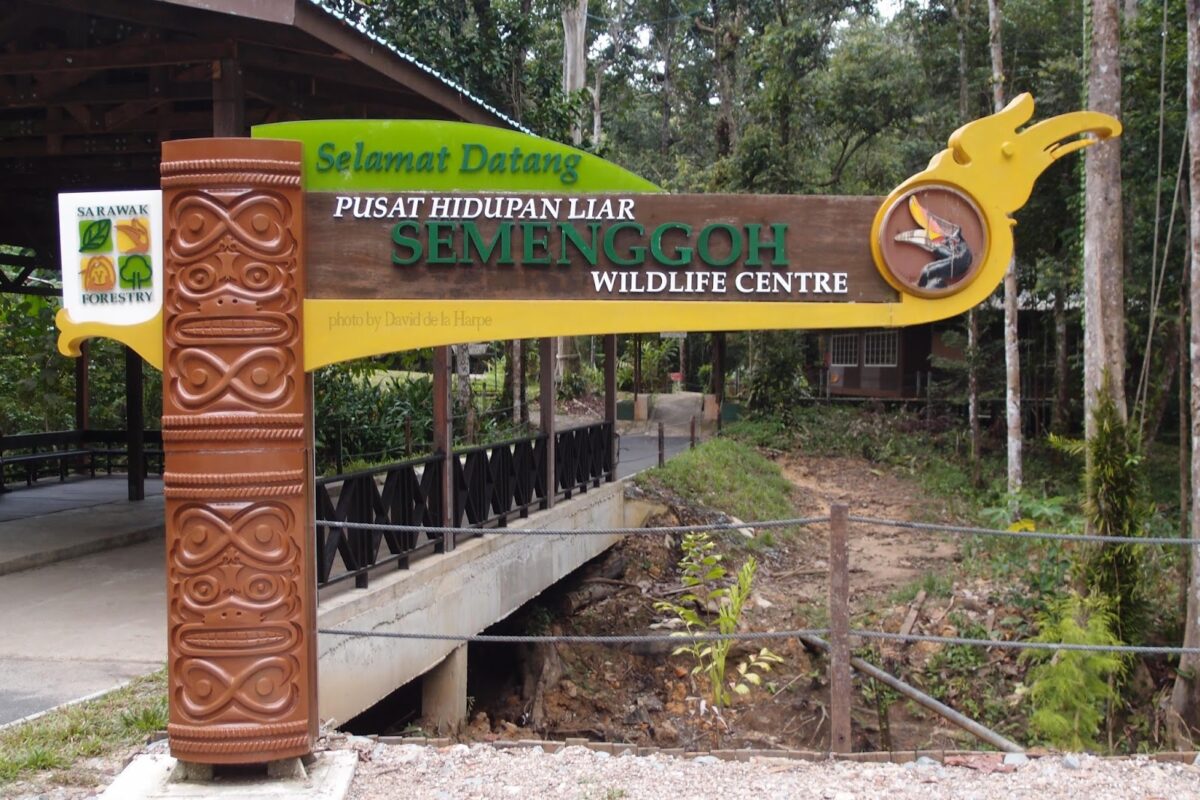 by theadmin
One of the favorite places in the world to catch the sight of semi-wild orangutans in their natural rainforest habitats, as they swing from trees to trees and scurrying up vines, the Semenggoh Wildlife Center is the most well-known places which can be visited on a half-day trip from Kuching or through a combination with... Read More

One of the favorite places in the world to catch the sight of semi-wild orangutans in their natural rainforest habitats, as they swing from trees to trees and scurrying up vines, the Semenggoh Wildlife Center is the most well-known places which can be visited on a half-day trip from Kuching or through a combination with a brief visit to Annah Rais Longhouse or Kampung Benuk. 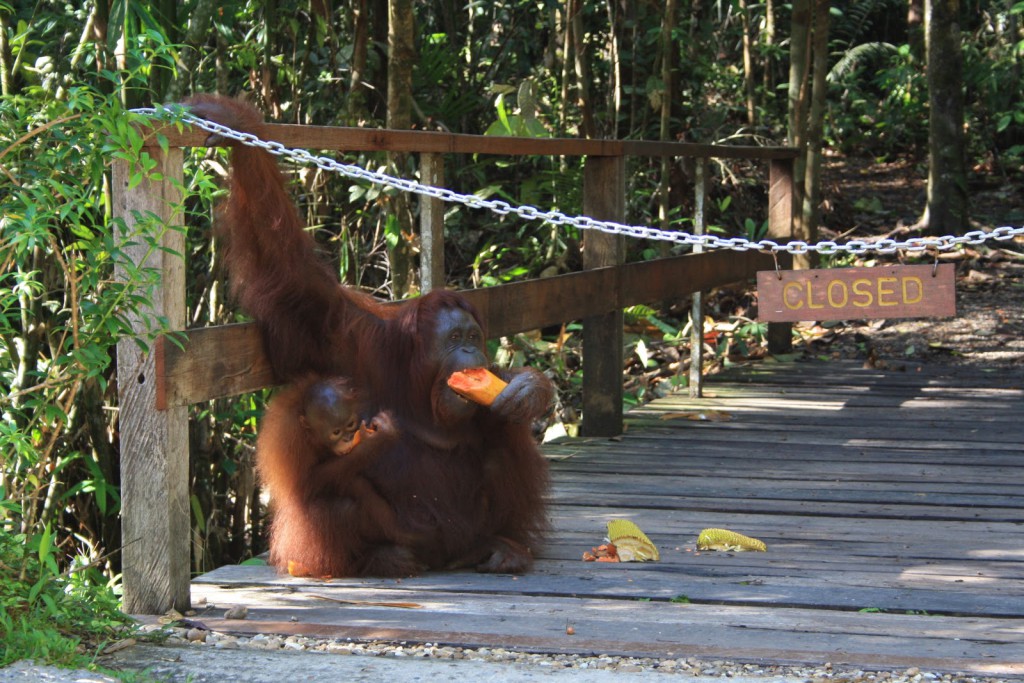 Situated just within the 6.8 square km Semenggoh Nature Reserve, is actually the central home for over 25 species of orangutans where 11 of them are actually rescued from captivity or orphaned since birth and their 14 others are Semenggoh originated, some mere babes-in-arms who spend their days hanging onto their mother’s shaggy chest. Four of the tree dwelling creatures are totally wild (that is, they look for their own food), but often the rest of them will swing by the park HQ literally to feast on bananas, coconuts, eggs and although they don’t know it – medications. There is absolutely no guarantee that any orangutans will show up but even when there are often plenty of fruits in the forest, there will be an excellent chance to see them. 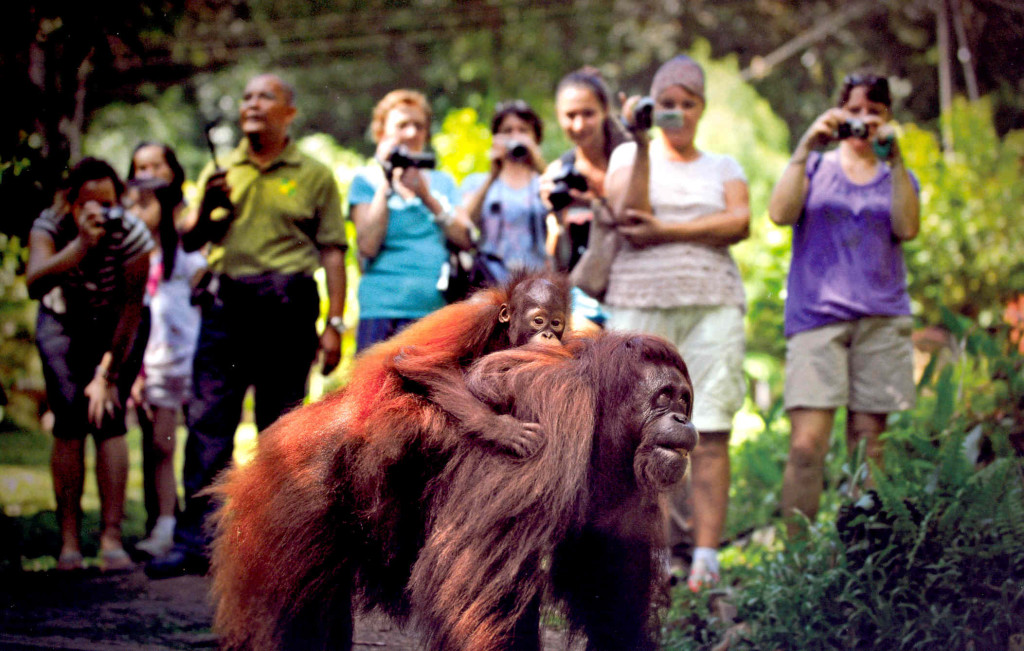 Hour-long feedings, in the rainforest a few hundred meters from park HQ, run from 9am to 10am and from 3pm to 4pm. When the feeding session is finally over, rangers sometimes try to shoo away visitors (particularly groups, whose guides are sometimes eager to get back to Kuching), but orangutans will often turn up at park HQ, so don’t rush off too quickly if everything seems quiet. 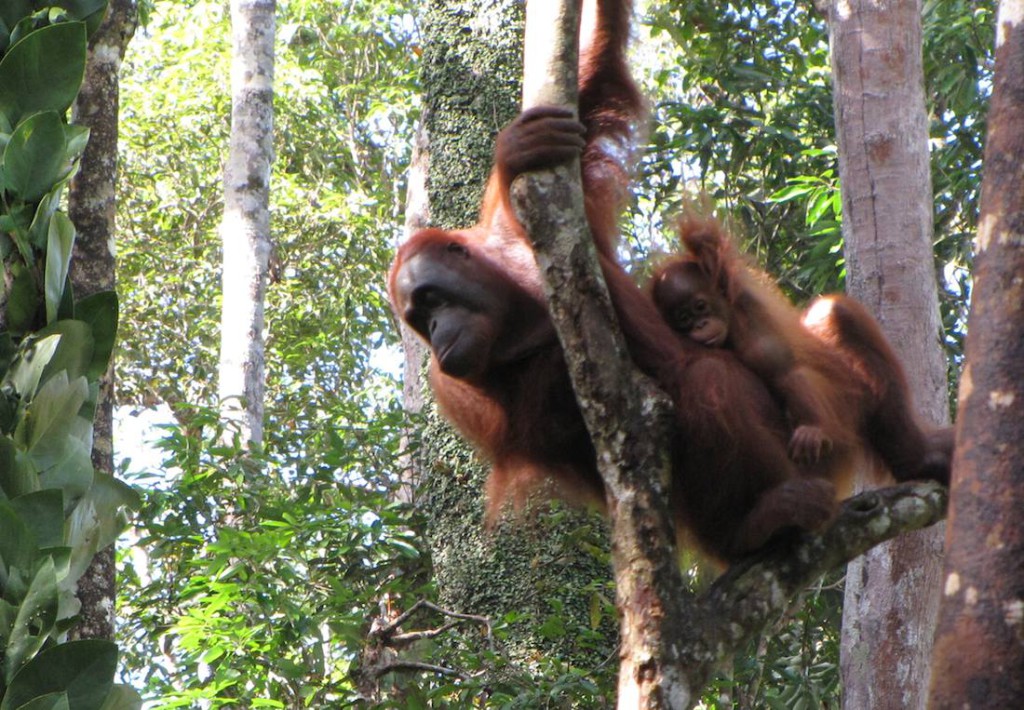 For safety precaution, visitors are asked to stay no more than 5 meters from the orangutans – the animals are sometimes unpredictable for its nature – and are advised often to keep a tight grip on their own backpacks, water bottles and cameras because orangutans are known to snatch up things in search for something good enough to eat. And to avoid the orangutans annoyance – or even angering them – do not point at them anything that may look like a gun (such as a walking stick or camera tripod); and do not scream and makes any sudden move; and when you taking pictures, avoid using flash. 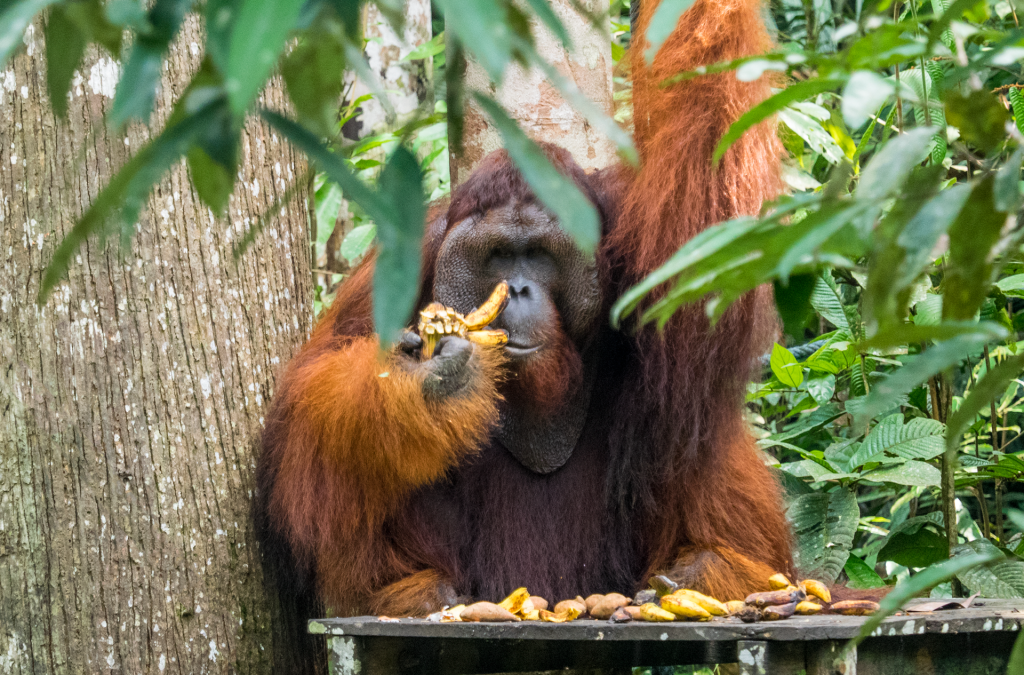 Rangers keep an eye out and radio back with news of the tactic of Semenggoh’s leading male orangutan Ritchie, who is easily known by his cheek extensions. If he chooses to stop by, his food must be served on time to avoid from annoying him. 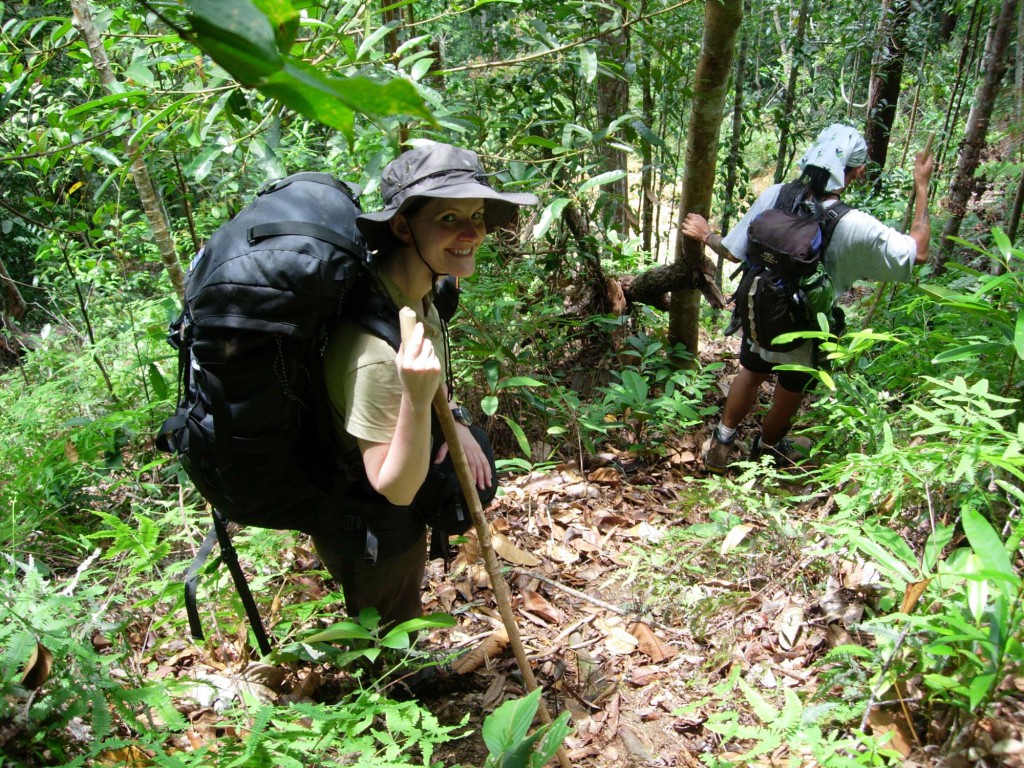 Semenggoh Nature Reserve has two famous trails that will pass through the primary rainforest; the Massing trail (main trail; red trail markings; 30 minutes), which connects the HQ with the highway; and the Brooke’s Pool Trail (yellow and red trail markings), a 2 km loop from the HQ, but are not normally open to the public in order to limit the contact between the orangutans and humans.