The Face Off: Dim Sum vs Tapas

by theadmin
Everyone enjoy the occasional small bites. In the East, we are all familiar with the delicious fare of dim sum. Whereas in the West, they have tapas. Both are essentially small plates of food steeped deep in their respective cultural origins and occasionally, fusioned. Let’s see how the little bites differs from East to West.... Read More

Everyone enjoy the occasional small bites. In the East, we are all familiar with the delicious fare of dim sum. Whereas in the West, they have tapas. Both are essentially small plates of food steeped deep in their respective cultural origins and occasionally, fusioned. Let’s see how the little bites differs from East to West. 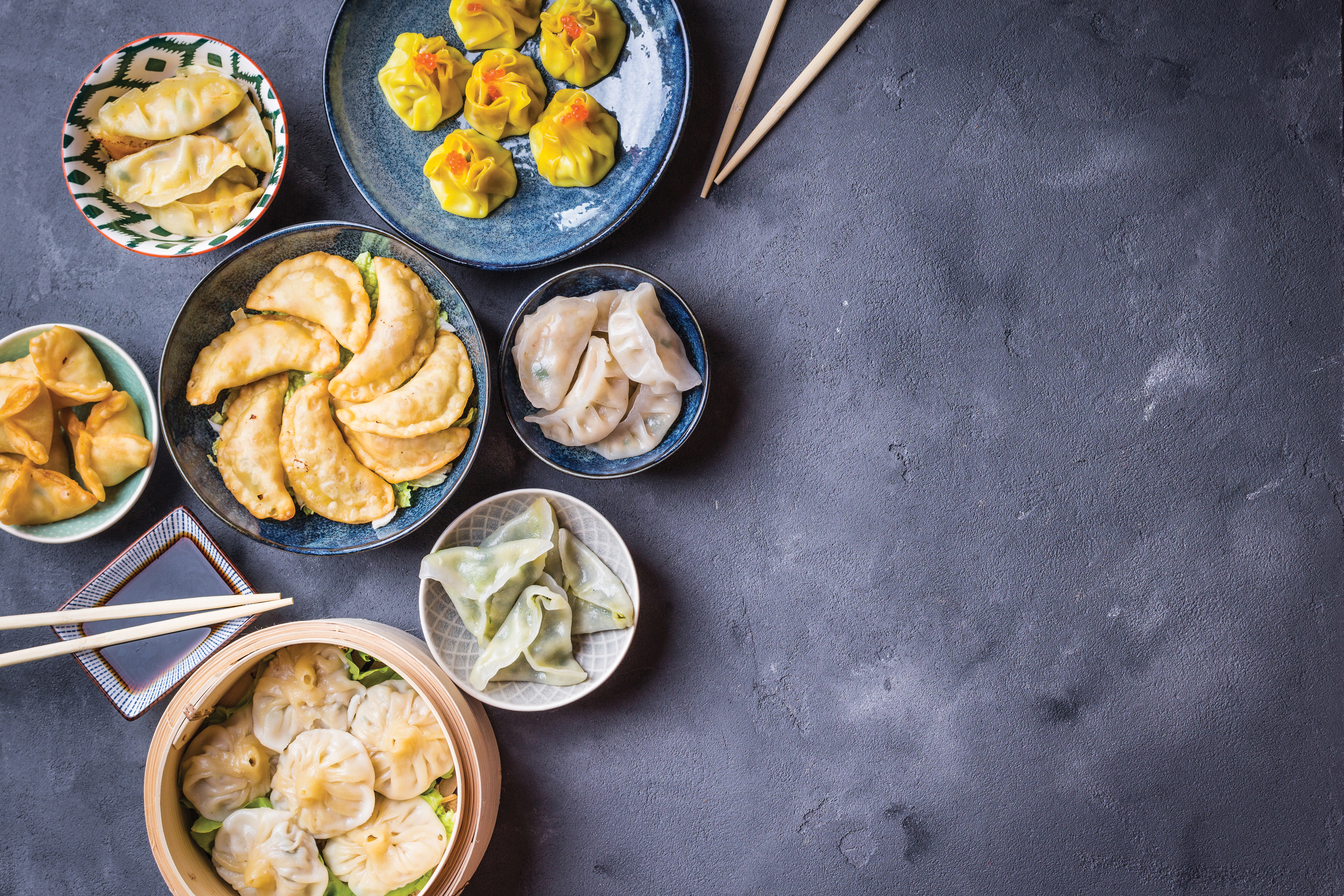 Dim sum has a 2,500 year old origin. From being an exclusive luxury food to the Emperor of China to later being served in teahouses along Silk Road, dim sum as we know today is the typical ‘Chinese brunch’. The word dim sum means ‘touch the heart’ in Chinese. The small portions were designed to merely touch the heart, not sate the appetite – which is why dim sum is taken as a snack in olden days, not a meal. Times have changed and now there are usually over 50 varieties of dishes you can choose to order from an extensive menu. Each plate of food is traditionally served in a steamer basket of bamboo material, usually with three of a dish arranged neatly in a circle. It has been inextricably linked with yum cha–the act of drinking tea–so much so that tea is a main complement to a dim sum meal. 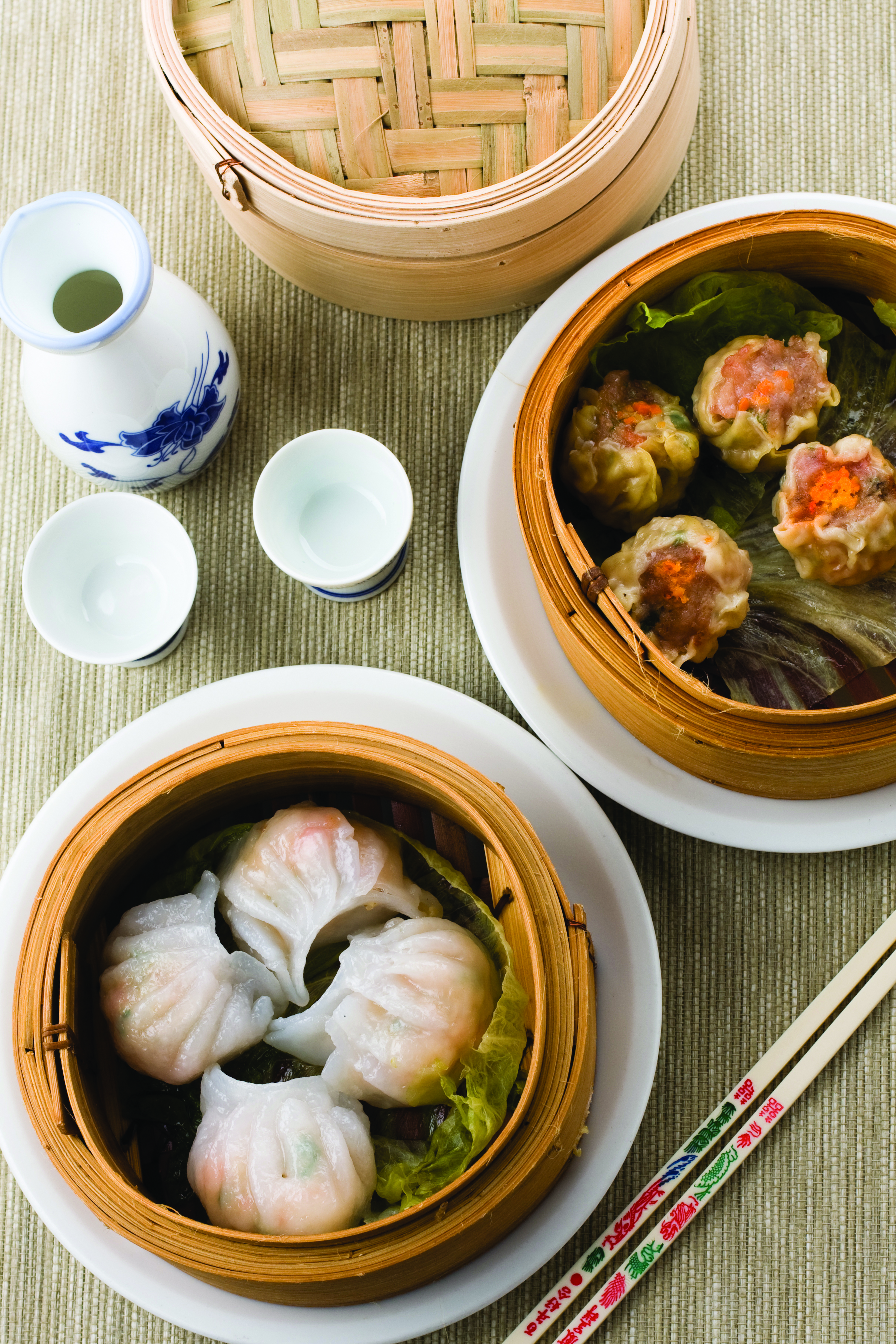 The most common ingredients used in every dim sum outlet are pork and prawns. Most of these delicious bits of meat are neatly ensconced in a semi-translucent wheat starch skin. They are expertly pleated and wrapped into delectable, bite-sized pieces–giving you popular menu items such as har gou and siu mai. Other popular food items are braised chicken feet, fried yam balls, char siew pao, golden (yolk) custard buns, congee, lo mai kai (steamed glutinous rice) and not forgetting the super popular egg tarts to end the meal with.

Dim sum is easily found in almost every country in South East Asia, predominantly in Hong Kong where the ‘best dim sum eateries in the world’ hail from. However, it has definitely gained popularity in the West in recent years, where dim sum is served in almost every Chinese restaurant. It is so popular that even ‘halal’ or pork-free versions of dim sum are being introduced to Muslim dominant countries. The dish has also been experimented with fusion cooking (much to the horror of the Chinese) to include Western touches that would appeal to their own local tastes. 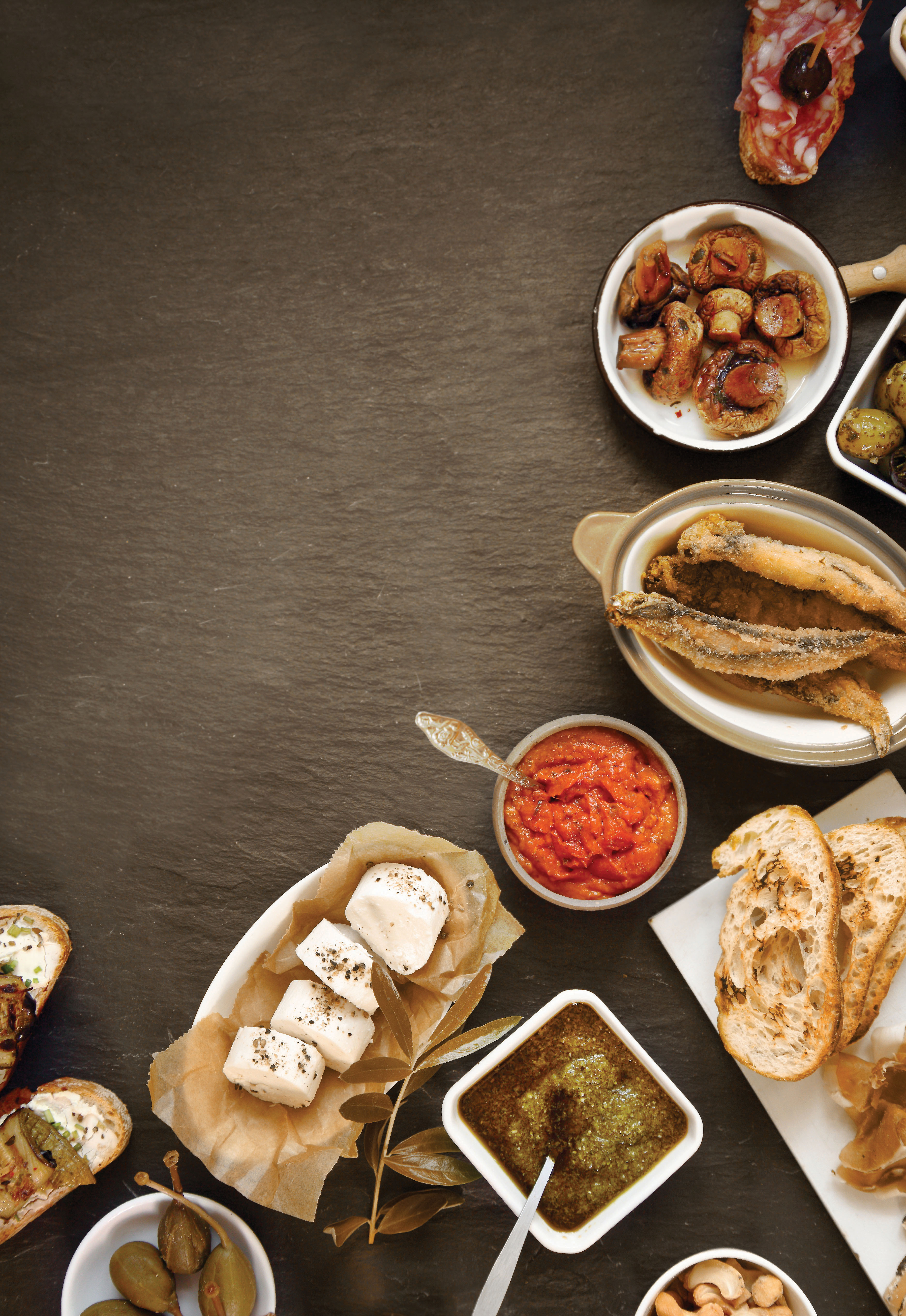 Tapas originated from Spain where it is believed to be first conceived by King Alfonso X of Castille, who had been stricken with a serious illness which only allowed him to take in small portions of food with small amounts of wine. The word ‘tapa’ literally means ‘a cover or lid’–as the Spanish bars back then were standing-only affairs, people who ordered a snack had nowhere to put their plate but on top of their glasses, so much so that they act as lids. Today, the world have taken tapas to new heights, incorporating them into full-blown meals in Spanish and fusion restaurants, something that you can now find in both the West and certain parts of Asia. Top chefs of the world have even elevated tapas from a simple bite to Michelin-starred dining.

There are literally hundreds of tapas varieties, but the main staples usually consist of shrimp, cured meat, minced meat and lots of herbs. Iberian ham served as a cold cut with cheese makes one of the firm favourites, along with spicy chorizo. Gambas al ajillo (shrimp cooked with garlic in olive oil) is another popular staple; and deep-fried items like croquetas and patatas bravas. You can’t enjoy tapas without some carbs (to soak up some of the alcohol), so tortillas and montaditos (small sandwiches) are served with various types of meat or vegetarian stuffing, usually accompanied by cheese. Most Spanish tapas are spicy, so you can definitely expect a good kick out of them.

Tapas are especially popular in the United States where the food scene is a huge melting pot of culture. Some establishments in Asia have also introduced tapas into their menus, but its popularity has yet to soar to greater heights in this region. The tradition of eating tapas has still maintained itself as an appetizer or snack found in bodegas, bars or restaurants. Unlike dim sum, it has not turned into a full-blown mealtime affair–which is understandable, seeing as how tapas consist of very rich (and possibly fattening) fare that would be far better suited to be paired with alcohol and good company.