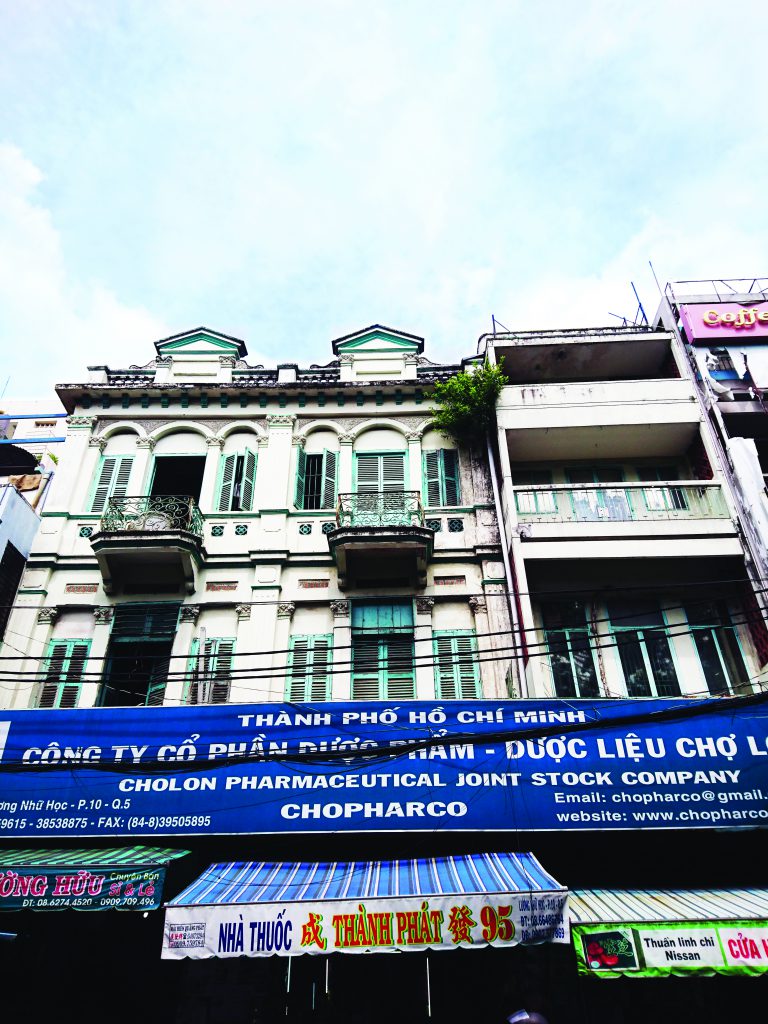 The Charming Chinatown of Saigon

by theadmin
Let’s take a walk back to the past as we uncover the beauty and alluring tradition of Saigon’s Chinatown where the Chinese-Vietnamese community have thrived for more than 200 years. The odds are in our favour so district 5 here we come! Saigon or Ho Chi Minh City is one of those cities in South... Read More

Let’s take a walk back to the past as we uncover the beauty and alluring tradition of Saigon’s Chinatown where the Chinese-Vietnamese community have thrived for more than 200 years. The odds are in our favour so district 5 here we come!

Saigon or Ho Chi Minh City is one of those cities in South East Asia that has a harmonious blend of the old and new. The vibrant city is segregated into districts, some featuring gleaming skyscrapers and some still home to ancient architecture.

Though District 1 is the tourist hub of Saigon thanks to the historical buildings like the Notre Dame Cathedral and high-end malls next to streets lined with bars and restaurants, we went off the beaten track to explore District 5 or Cholon. 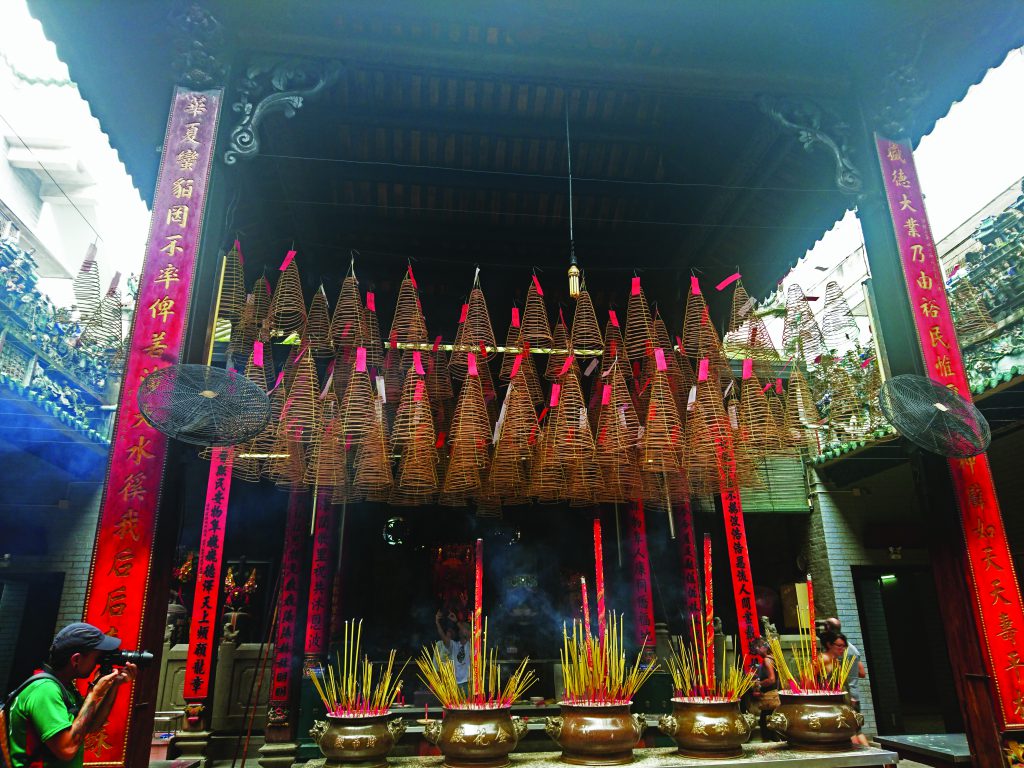 Chinatown and the integration of the Vietnamese and Chinese community began when the Chinese migrated to the southern regions of Vietnam in the 1600s. They fled their war torn country after the fall of the Ming Dynasty.

A dark time came in the 18th century when the Chinese were caught in a feud between the Nguyen family and Tay Son Brothers during the Tay Son Rebellion. They established a new trading centre in Cholon but was attacked by the Tay Son in 1782, causing a devastating massacre of Chinese people. 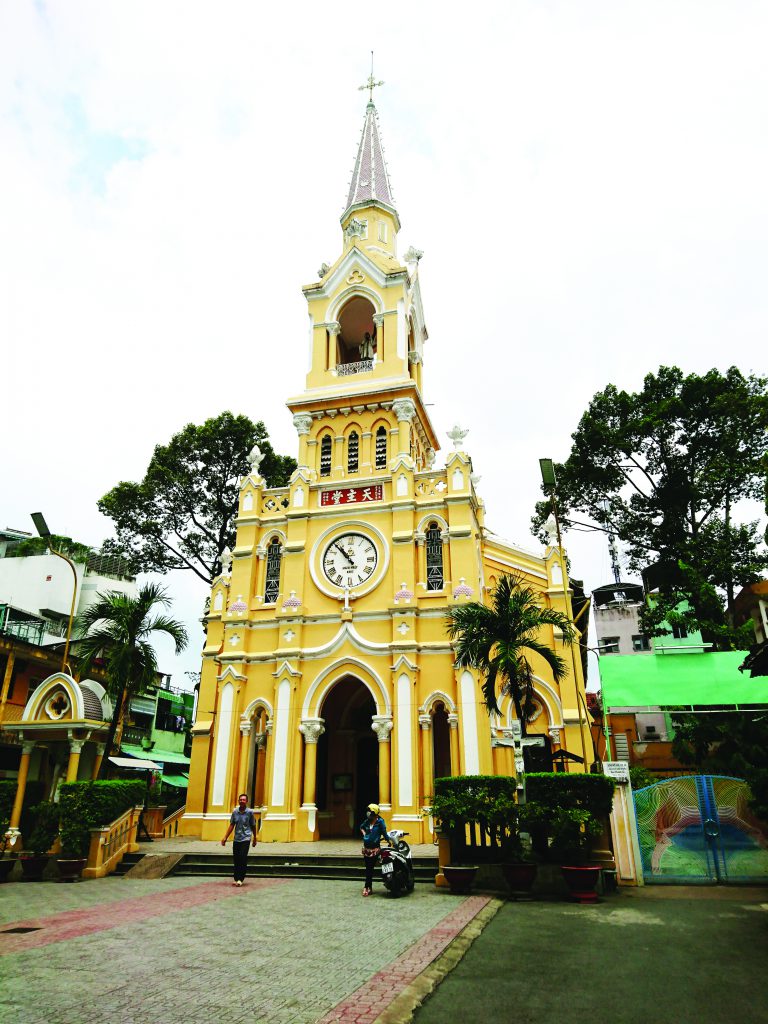 District 5 or Cholon in the 21st century is a peaceful part of Saigon; thriving with trade with well-preserved buildings from the past from pagodas to churches. Major roads lined with towering trees are intertwined with alleys cramped with shops situated on the ground floor of tall structures which are synonymous with Vietnamese housing design.

Besides the tall houses spanning 4 to 5 floors, there are not many towering buildings in District 5. This added with the adorable Chinese-style shophouses with vibrant shutters and exterior moulding make this an alluring part of Saigon worth visiting. 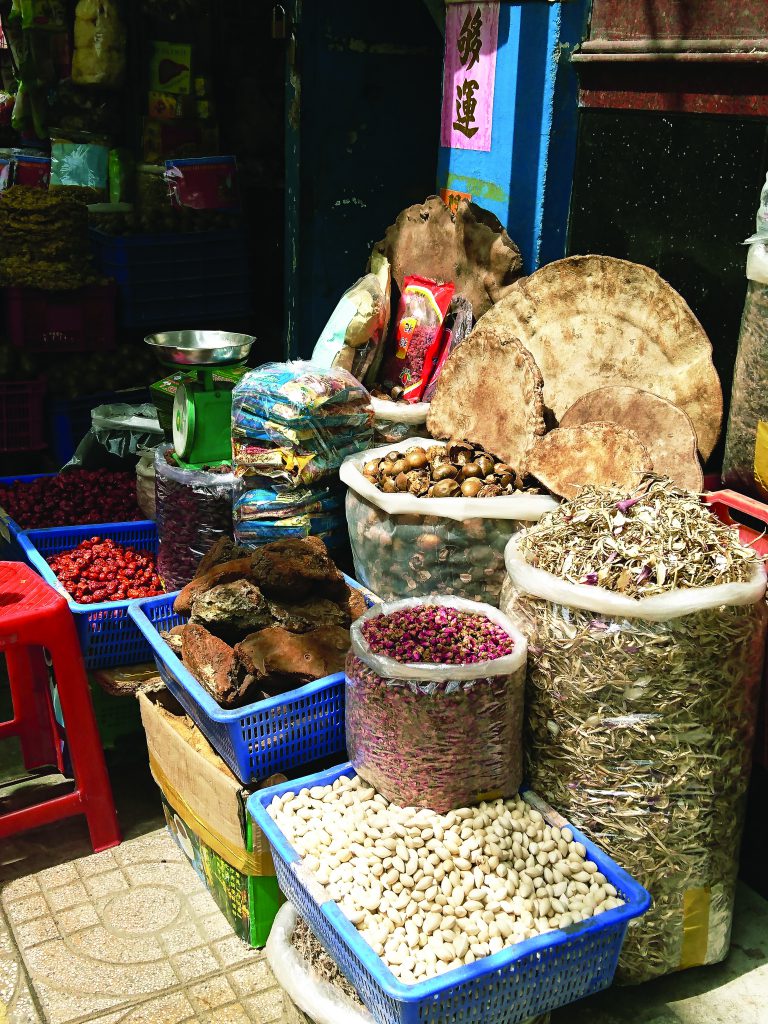 The alleyways of District 5 are a treasure trove for almost anything under the sun. They have alleyways selling fabric, herbal medicine, tobacco and even pet fishes. Bargain colourful fabrics of lace, cotton and silk at Soai Kinh Lam Fabric Street that is lined with more than 500 stores. One can get materials to make suits, oxford shirts and even drapes for your home. Trust me when I say the price of fabrics here are a fraction compared to the popular Ben Thanh Market in District 1. Though some shops require you to buy a minimum like with my experience, I had to buy at least 6 metres of the fabric that I wanted to get the affordable price.

Hai Thuong Lan Ong Street is the herbal Mecca of Chinatown. These Chinese pharmacies sell loose herbs and spices like mushrooms, dried roses and barks of cinnamon. A market complex where each level features a different thing to buy is the An Dong Plaza. An Dong Plaza is connected to the Windsor Plaza Hotel, equipped with air-conditioning and feature shops selling garments and accessories. The old An Dong Market (behind An Dong Plaza) has a more wet market feel with the ground floor traders selling dried goods like nuts, fruits and dried seafood with top floor shops trading fine fabrics. 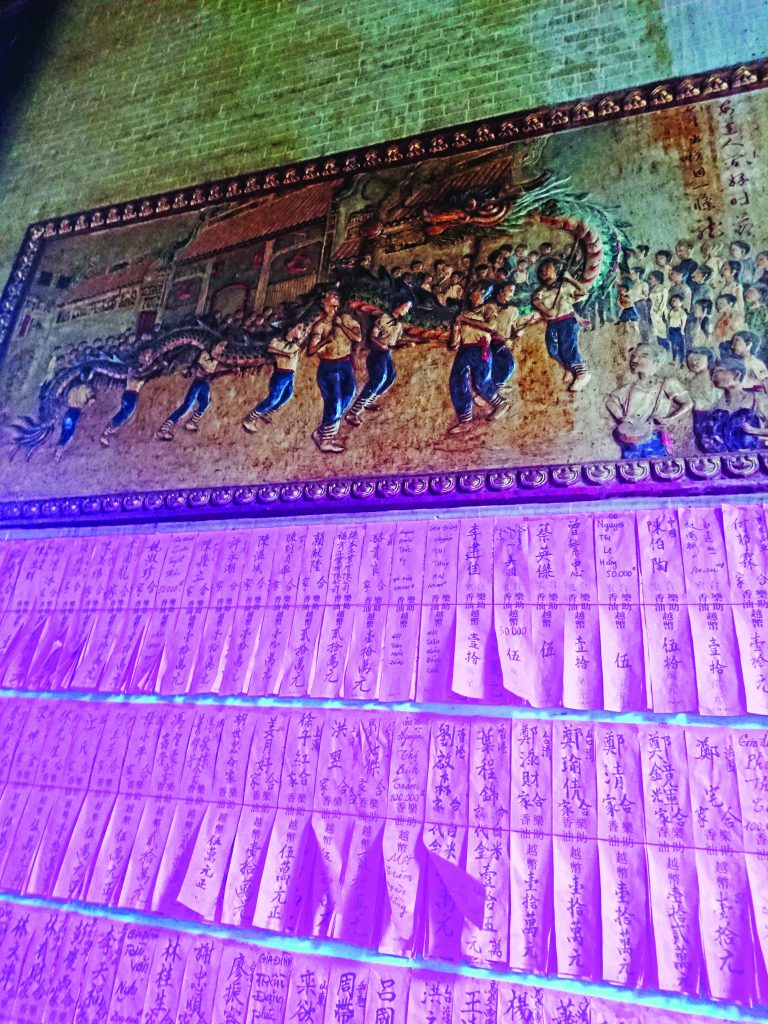 When visiting Saigon, it is safe to say that District 5 is for the lovers of history and culture. A bountiful amount of places to worship can be found in the district from diverse religions. One such place is the well photographed Thien Hau Temple dedicated to the goddess of the sea, Mazu. Intricate dioramas that illustrate stories of the past lined the roof and interior ceiling, making the holy shrine an art exhibition as much as it is a temple.

Christianity was also a religion practised among the citizens of Chinatown and a bright structure of canary yellow stands proud in the form of the Father Tam Church. The gothic style church sports tall archways and niches with glass artwork, a postcard ready scene you would not want to miss. 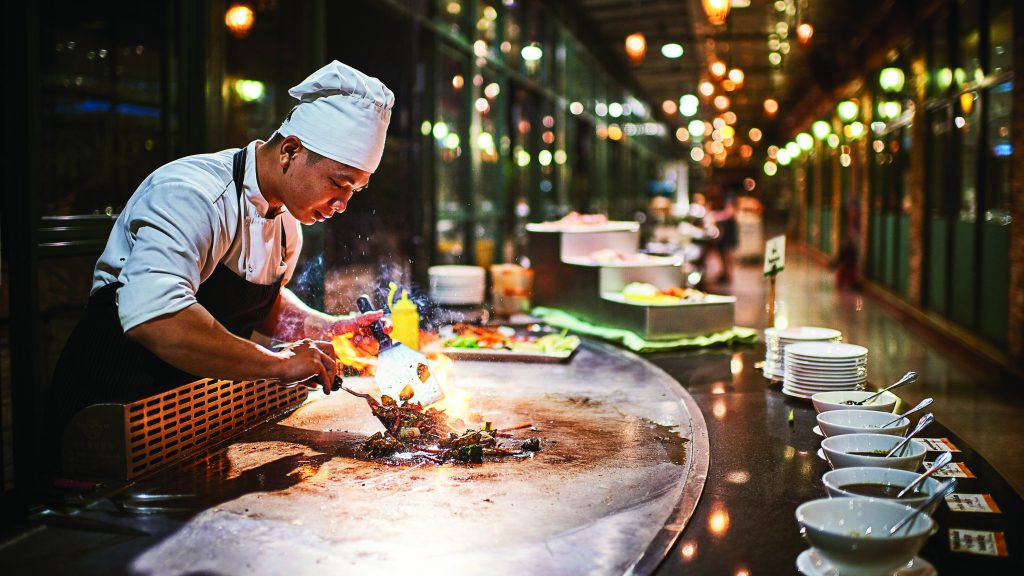 Do not skimp on the luxury while you are in Chinatown by staying at the tallest hotel in District 5, the 5-star Windsor Plaza Hotel. Walk past the glass doors to find an interior with a nod to the renaissance time with dangling crystals chandeliers and molded columns.

The entire hotel has recently been fully refurbished, giving way to marble bathrooms and the comfiest of beds. The Cafe Central An Dong curates their highly popular seafood buffet where the freshest of sea life are picked by you and cooked according to your liking. Plus the 360° view from the Top of the Town Restaurant and Bar is catered for romantic dinners or afterwork drinks.

Luxury accommodation would not be complete without spa and hair amenities after a long day of exploring the town. Kneed those tense muscles away at the Windsor Spa that offer a range of treatments from Thai to European to scrubs and body wraps. Make sure to drop by the Ginza Matsunaga hair salon where the hair director hails from Japan to get the latest of hair therapies, Japanese style.