Temples of Taiwan Draws Travellers to the City, Lake and Mountain

by theadmin
The harmony of the three major religions in Taiwan; Buddhism, Taoism, and Confucianism have seen the growth of some of the most stunning temples in Asia. Here we take a look at some of the best ones. The Temple in the City: Longshan Temple Taipei, Wanhua District The city is not short of colourful places... Read More

The harmony of the three major religions in Taiwan; Buddhism, Taoism, and Confucianism have seen the growth of some of the most stunning temples in Asia. Here we take a look at some of the best ones. 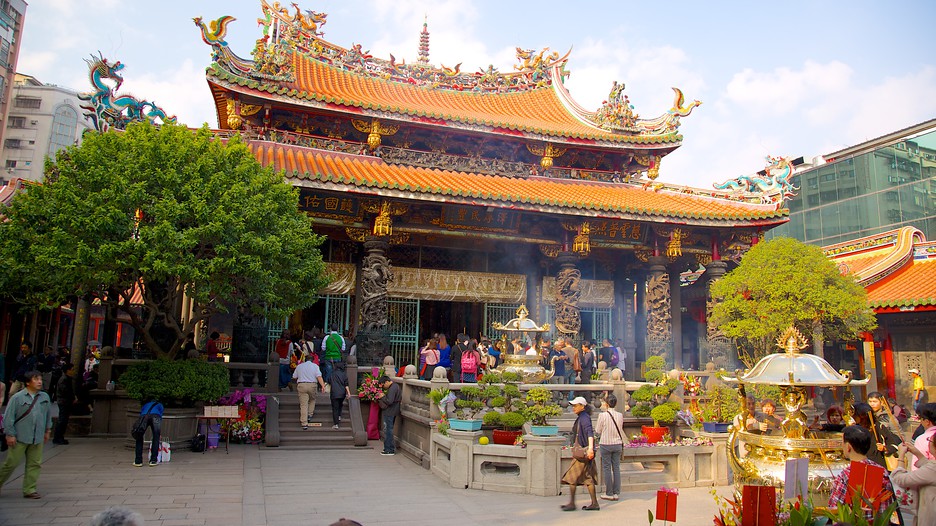 The Temple in the City: Longshan Temple
Taipei, Wanhua District

The city is not short of colourful places of worship and Longshan Temple in Taipei has stood the test of time and even war. The temple with it bronze pillars and swallowtail eaves is a rehabilitated version after suffering damages from World War 2 and natural disasters.

Stunning nonetheless, Longshan is dedicated to the Buddhist Goddess of Mercy, Kuan-in but over the centuries incorporated deities of Taoism as well. Besides Kuan-in that is majestically displayed in the center of the temple, there is also the God of war, Lord Kuan and Matzu, the Goddess of marine voyage among other deities.

There are a lot of hotspots surrounding Longshan Temple like the Huahsi Night Market where you can find unique delicacies like snake soup. If Taiwanese street food is more your things, the Guangzhou Street Night Market has crunchy edibles like squid with peanut sauce and fried pork fillets.

A grand temple inspired by Chinese palaces, perched on top of the mountain range of Nantou with views overlooking the largest lake in Taiwan comes in the form of Sun Moon Lake Wenwu Temple.

It is a sprawling structure with three separate halls hosting a shrine devoted to the First Ancestor Kaiji as well as the God of War, Guan Gong. What is unique is that it is the only Confucius temple in Taiwan that contains an image of its sage and is open to the public.

While you are at Nantou, gallivant down the pier of ShueiShe Wharf or better yet, take a bike ride around it. Nature lovers can visit the Bamboo Sky Ladder as you trek through bamboo forests for a peak at the breath-taking view of the green hills.

If you are a daredevil that is up for the challenge of walking through steep trails, intimidating bridge crossings and a mountain trail on a cliff, the temples at Taroko Gorge National Park is the spot to visit. The national park itself is a wonder with sites like the Qingshui Cliffs, Baiyang Waterfalls and of course the Changchun Temple or Eternal Spring Shrine.

The shrine itself was built in 1958 to commemorate the 212 workers who perish during the construction of the Central Cross-Island Highway. It is named after the Changchun waterfalls where the natural stream flows through the temple down Liwu River, making for a frame-worthy photograph.

It pays to spend a couple of days at Taroko Gorge due to the vast nature-related activities here. For a more cultural experience, visit  Bulowan which is a small village formerly inhabited by the Truku tribe where the women are master weavers. Stay at the Leader Hotel to experience authentic aboriginal food like wild boar roast.