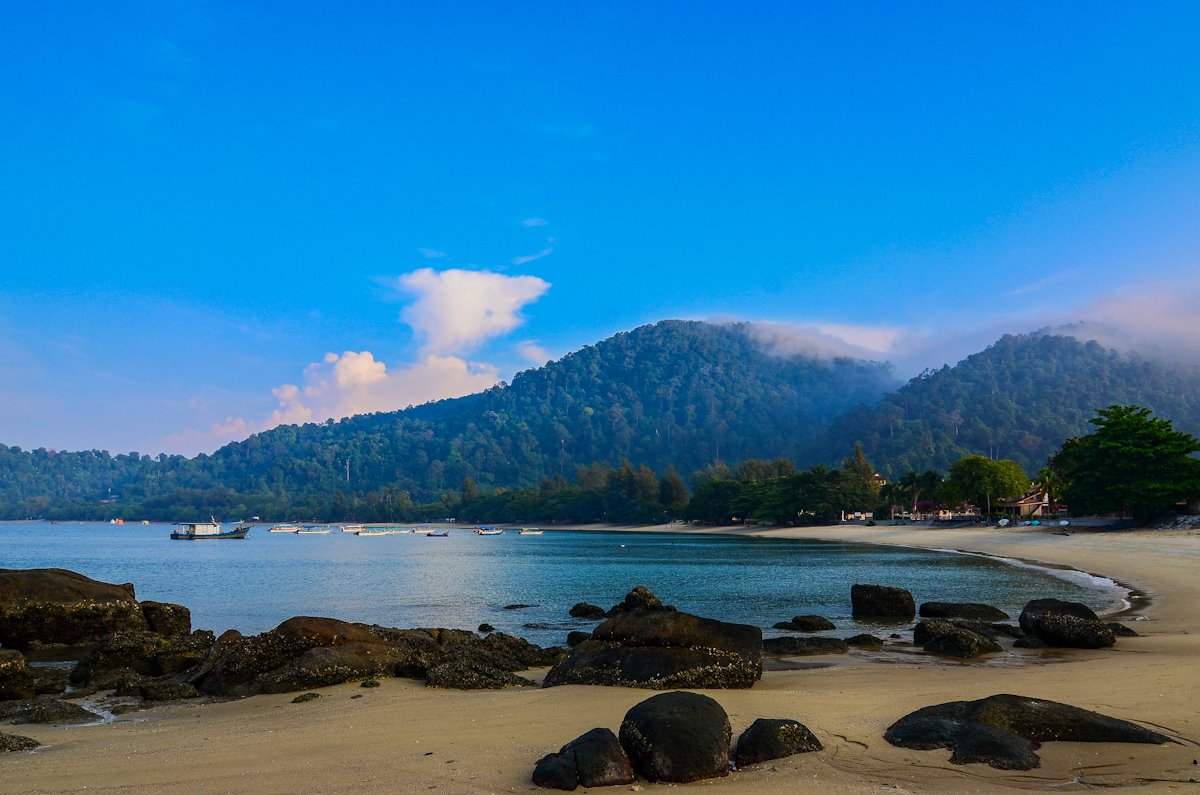 by theadmin
For finding wildlife here in Malaysia you will never really have to go far. Not many people around the world can relate a perfect sense of holiday with Pangkor Island in Perak with a great chance of seeing wild animals. For most people Pangkor is more synonyms with beaches, beach sports fun and restaurant which... Read More

For finding wildlife here in Malaysia you will never really have to go far. Not many people around the world can relate a perfect sense of holiday with Pangkor Island in Perak with a great chance of seeing wild animals. For most people Pangkor is more synonyms with beaches, beach sports fun and restaurant which almost everything is about fish. Exploring the kingdom of animals is rarely on the program of average visitors. People will opt to Taman Negara usually if there want to explore wild animals, you will hear that often. However just like other islands in Malaysia, Pangkor captivates with its own wildlife which are not difficult to explore some of them.

Just like almost everywhere in Malaysia, Pangkor has its very own population of Macaque monkeys and they are simply not shy. You will find them almost everywhere, at the beach, or maybe even sitting near your window of your hotel room, close to the restaurant you have your dinner waiting for the left over. They are always found searching for food and if you are not aware, they might even steal your bags too. So be extra careful. The most sought after animal right here is the monitor lizard. They are common in Malaysia. What is interesting about the monitor lizard here is that they regularly swim from Pangkor to the mainland. Many have seen them crossing the small passages in between Pangkor and the mainland. The monitor lizard can be up to 3 meters long.

The lizards that you have seen are usually the younger ones because the older and stronger animals have their own territory which usually located in the estates and jungle. Do not be surprised if you see a lizard on the beach too. Monitor lizards in Malaysia are usually shy, contrary to their cousins on the Indonesian islands Rincon and Komodo. Malaysia also has a wide selection of snakes. We’ve seen quite a few cobras around Lumut and Sitiawan but it was always in very quiet areas and in the late afternoons. Snakes are usually shy and you can hardly see them unless the villagers have caught one.

Tortoises are still can be spotted although the locals have caught most of them. You will find many of them at the Fu Lin Kong Temple at SPK. There are also some of them still living on the mainland. For the divers and snorkelers, you are sure to be lucky to see turtles. North of Pangkor is a Turtle Breeding Station at a beach where these turtles lay eggs. Those eggs are then dug up and hatched before setting them back. The station, 35 km north of Pangkor Island, is definitely worth a visit. The station has few full grown species which will make this visit even more spectacular. These turtles arrived to the station either injured or sometimes caught by locals and are not set back in the wild.

In order for you to reach the Turtle Breeding Station you should takes the road from Lumut to Taiping. Pass Segari, after 3 km, and then take the junction on the left (sign board “Lumut power plant”). Follow this road straight to the first junction on the left (first asphalt road), then go to the end. On your right side, you will find the Turtle Breeding Station without any public transport facilities. Families of wild boar still inhabit the jungle of Pangkor. Many are hunted so there are hardly a few left. If you are really eager to see them, your best bet is the Vikry Beach Resort at Pasir Bogak. The owners normally will feed the wild boars in the evenings.

Lesser Hornbill is the trademark of Pangkor Island. There are roughly 3 typical different families living at Pangkor. One is living around Nipah Bay, the second near Pasir Bogak and the third lives south of Pasir Bogak. There is also a Great Hornbill family that is living in the hills near Tiger Rock. You will need to stay at Tiger Rock resort for you to be lucky enough to see them (most likely you can see them in the evening). The Great Hornbill is imported from further in the Malaysian peninsula.

While the Lesser Hornbills arrive at Pasir Bogak primarily in the morning, at Nipah Bay (and also in Pangkor Town) they are normally more active in the late afternoons. In the morning, you can catch a glimpse of plenty Lesser Hornbills at the Sea View hotel where the owner feeds them with fruits. You might also see (and hear) many in the trees and on the beach.

The whole day you will see eagle. They are more active on the east coast of the island hunting for the fish leftovers of the Pangkor fishing industry. Pangkor and especially just on the mainland near Teluk Rubiah, you can spot dozens of eagles in the early morning. One day, we spotted over 40 eagles in one place when we were on the way to Teluk Rubiah.

There are a much rare sights at Pangkor which are the sea otters. There is a family living in the middle of Teluk Batik and Teluk Rubiah in an area which is somewhat harder for us to visit. This family every once in a while visits Pangkor too as they are such excellent swimmers. Interestingly you can see them once in a school holiday at Pasir Bogak. The sea otters are almost always in the water but we have seen them relaxing at the beach too. These magnificent swimmers will definitely make your day as they are only can be seen by a lucky visitor.

You can also catch a sight on turtles when you go diving near Sembilan islands, a group of small islands which is just 45 minutes out of the coastline from Lumut. White Tip- and Black Tip sharks can be found on the north part of Pangkor Laut. These magnificent hunters commonly feed on fish and you can feed them by hand without any worry. The sharks are meant to not being dangerous for humans. Outside, again in the area of Pulau Sembilan, you can always find an array of fish including pufferfish, barracudas, seahorses, angelfish and others.

Mudskippers are quite common here, especially at the eastern part of Pangkor. It’s a bizarre creature, armed with airbags so they will be able to breathe outside the water. At the beaches on the western part of the island you have to be extra careful when you’re swimming in the water. You may accidentally (mostly at Pasir Bogak, bump into a Pinna Incurva, a triangle shaped shellfish that might give you a serious cut in your foot. The shellfish is usually only sticks just a centimeter above the sand in the water. The shells can size up as big as your hand or even bigger.

There are basically 2 possible treks available at Pangkor. The trek on the northern part can start north of SPK. Take a taxi and ask the driver to drop you at the jungle trek starting point. The path goes sheer up. Remember to bring good walking shoes, especially when it has been raining quite a lot here so it is a huge possibility that there are leeches. However there are not much interesting sightings but there are plenty of orchids, insects, butterflies and other plants to see. The trek takes 1.5 to 2 hours depending on your current physical condition.

The second path however has proven to be far more exciting. It leads from Tiger Rock resort to Pasir Bogak. The path follows the hills. Plenty of orchid, other plant life and butterflies are common to be found here. The path is probably more interesting because the jungle “breaths” more, it is more open. This trek takes 1 to 1.5 hours.