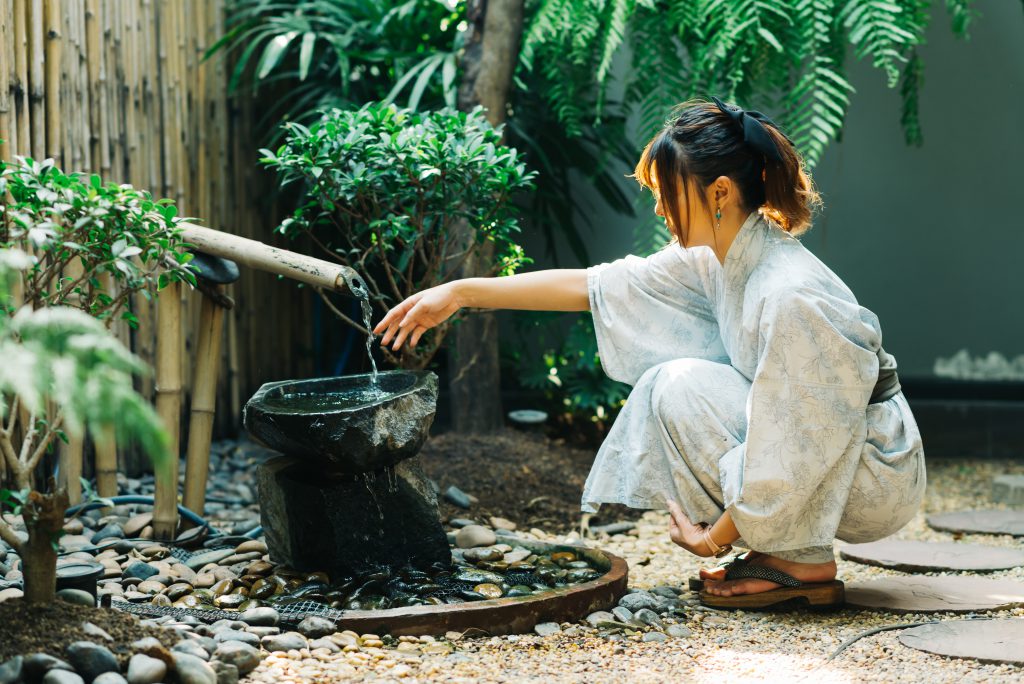 Located in south-central of Japan, Yugawara is a small town famous for its resorts and weekend trips for the locals in the neighbouring city of Odawara. Since Japan is famous for its hot spring and onsen, Yugawara’s onsen experience is not to be missed.

Yugawara’s onsen is referred to as “Yakushi no Yu” since ancient times; it means “the Healing Buddha’s onsen” as the onsen brings healing effects. This has led Yugawara to be a designated health resort as it is today.

Other than the famous onsen, the snow-coated surroundings promise more picturesque trips around other attractions in Yugawara.

If you depart from Haneda Airport International terminal station, take the Keikyu Airport Express for 28 minutes to Yokohama Station then transfer to the JR Tokaido Local Line to Yugawara Station. The train ride will be 1 hour and 50 minutes long and costs around ¥1,800.

Listed as the best 100 Historical Parks in Japan, the park features a tribute to a collection of Manyoshu poetry in midst of greenery, river trail and a foot spa facility in tranquillity.

The footbaths called “doppo no yu” can be found at the end of the river trail. There are nine footbaths and each of the stone-covered pools serves different health properties. The intensity of the footbaths determines various stimulation to the pressure points at the sole for better blood circulation. Therefore, each pool delivers certain health benefits to the user.

In the vicinity, there are many traditional ryokan inns for a stay with views of the green landscape.

Getting there
From JR Yugawara Station, take a bus to Fudotaki or Okuyugawara. Alight at either Ochiaibashi or Koeniriguchi bus stop. Yugawara Manyo Park is only a minute walk away.

Admission fee Adults (15 years old and up) ¥300 and students (below 15 years old) ¥200
Operating hours Daily from 10am to 6pm. Closes at 5pm from November to February and the last Thursday of every month.

The little mossy cave with a tiny waterfall is found deep in the forest of Yugawara. It is an absolute hidden gem that dates back to ancient times in Japan.

Back in 1180, Yoritomo Minamoto, the Genji general fled and made this cave his hideout during the battle against the Heike clan. He managed to survive the intense search and as a result, he successfully established Kamakura shogunate, the historic feudal military government of Japan.

Hike along a narrow path lined with small statues and stone lanterns to this cave and be embraced by the solemn atmosphere, a group of Kannon statues (Bodhisattva or Guanyin) and the calming sound of a small waterfall.

Getting there
From JR Yugawara Station, take a 14-minute bus bound for “Fudo-taki Falls” and get off at “Fudo taki” bus stop.